Swayambhunath Temple, one of the oldest religious sites in Nepal. Because of the numerous (holy) monkeys living in the temple, it is also known as the ‘Monkey Temple’. The monkeys are called ‘holy’ because of the legend that Majusri, the bodhisattva of wisdom and learning was raising the hill which the Swayambhunath Temple stands on. He was supposed to leave his hair short but he made it grow long and head lice grew. It is said that the head lice had transformed into these monkeys (from http://en.wikipedia.org/wiki/Swayambhunath).

I climbed up the western stairs (from the back). The eastern stairs is the more commonly used entrance by the pilgrims, and is a steeper climb. 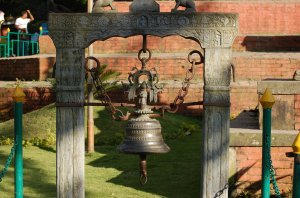 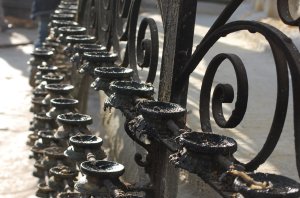 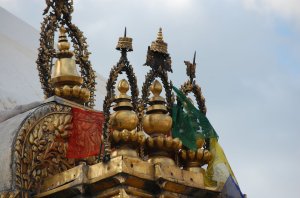 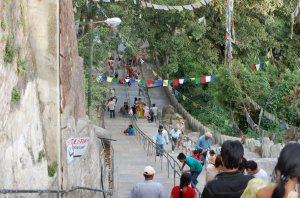 The eastern stairs, taken from the top 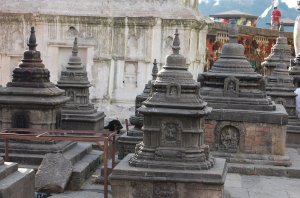 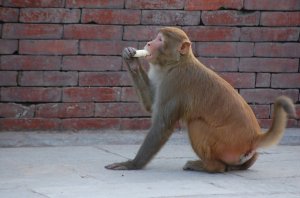 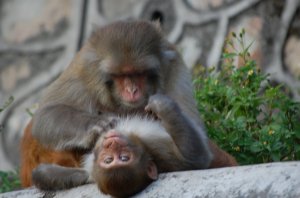