Hubby asked me if I was ready to drive in Haiti.

First of all, he himself says that they have no rules for driving.  And he wants me to drive there??   You see those yellow or white lines on the road?  They’re there for decoration, he says.  Nobody follows them.  You think this is a two-lane road?  Wrong.  At any given time, it’s a three-lane road, or four. 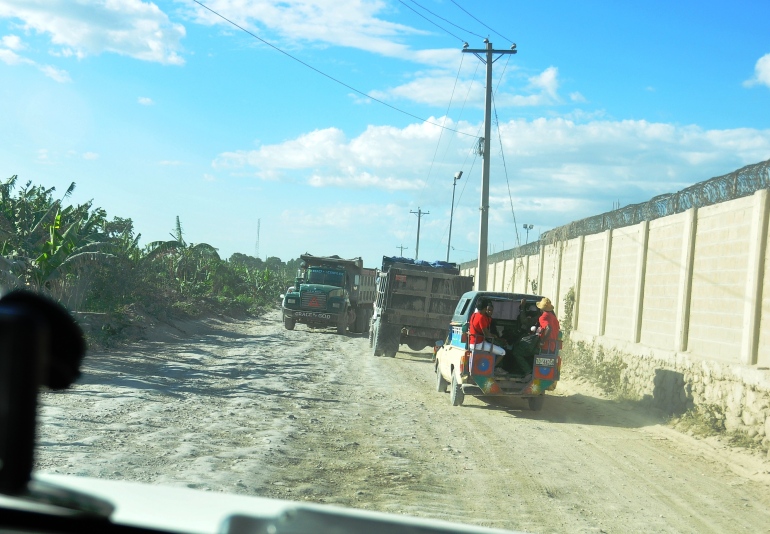 They overtake from either side of you.  They overtake even when they know there’s another vehicle coming from the opposite direction.

Those motorbikes?  They’re in your lane, coming from the other direction.  Why are they there?  Because this side of the road isn’t blocked, or has no traffic.

Now, let’s talk about blocked intersections.  First of all, there’s only three traffic lights in the entire country of Haiti, as Justin likes to tell everybody.  And we discovered another traffic light, when we were diverted from the main route.  So now there’s four. 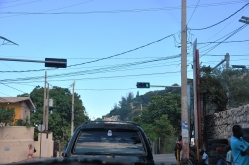 So, what does an intersection look like?  It’s a free for all, says hubby.  It’s whoever gets there first has the right of way.  Oh-kay. So here we go … any which way you can.

This is us waiting patiently .. except that you could sit there forever waiting for the road to clear … so you just go …