Meet the new member of the family. 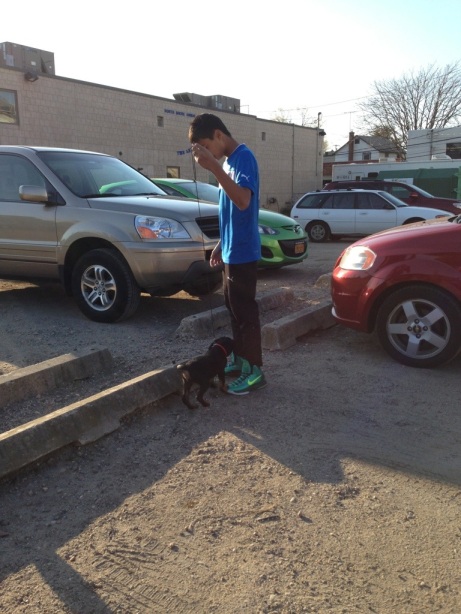 Five hours later, there was a dog in the back seat with Justin.  Five hours it took to process the adoption papers.  They were busy that day, the boys were told, there was a line of people outside the door when they came in to open up the doors this morning.  [Note to all:  if  you’re going to an animal shelter to adopt, don’t go on the weekend.  Apparently that’s when everybody else goes too].  I didn’t get out of the car … they said they were going to be there for a short while only!

So they sat her on the pouf to watch tv. 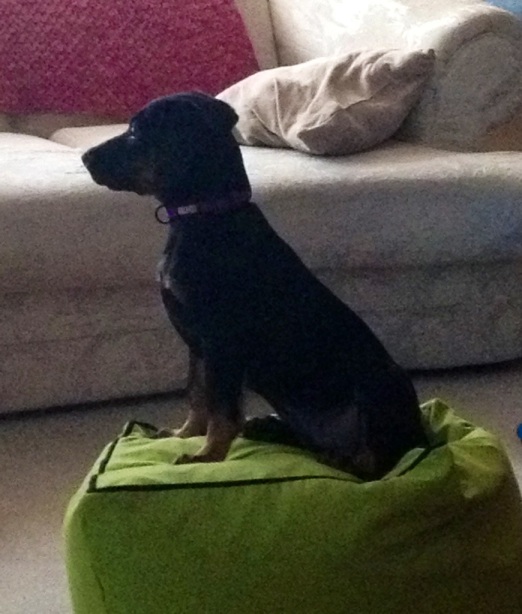 And when she got tired, she made herself comfortable on top of the pile of blankets.  She was comfy, said the boys, sleeping on top of those handmade blankets.

Oh, they haven’t named her yet.  They can’t call her ‘Watson’, they said.  ‘Watson’ is for a boy, not a girl.  They’ve been throwing around names all weekend … Miz Jackson, Miz Daisy, Dorie, Sydney, Juanita (huh?) … None of those appeal to me.  The boys are leaning towards Sydney.