There was school spring break (even though we were in the middle of a snowstorm system again) and a carnival holiday a couple of weeks ago, so we decided that we would meet up with hubby in Haiti and spend a few days in hot sunshine. Putting up with spotty wi-fi connections and firewalls from WP so posting was minimal, or bumping along on narrow, stony, graveled roads was going to be an adventure for the next few days.

We left the east coast just as another frigid, below zero, polar vortex system hit.  We were so glad to be out of that, if even for a few days.  The next day, we were out on the beach, in one of the beach resorts about an hour’s drive from the capital, Port-au-Prince.

The sun wasn’t hot enough for us … or maybe we were still thawing out that we didn’t mind the hot sunshine so much. 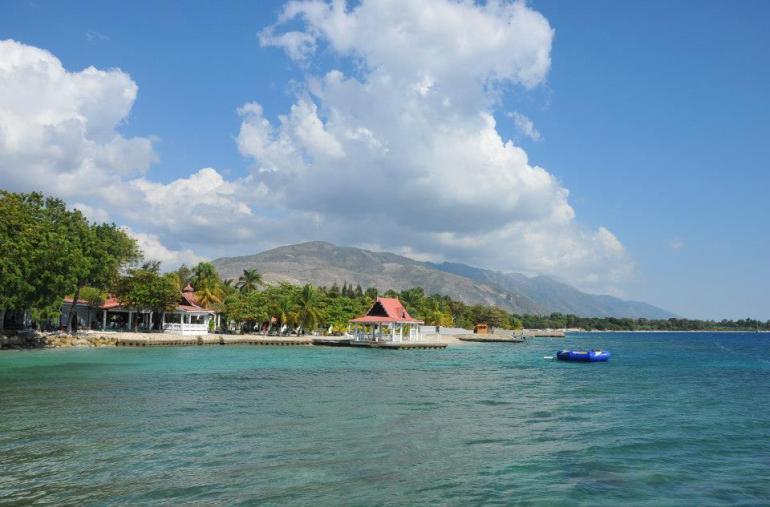 Justin stayed in the water for most of the day, with the never-ending energy of a teenager.  That blue rubber object in the middle of the sea was a trampoline, so he spent some time jumping off it or just bouncing on it.  Kayaking was too much work, he said. 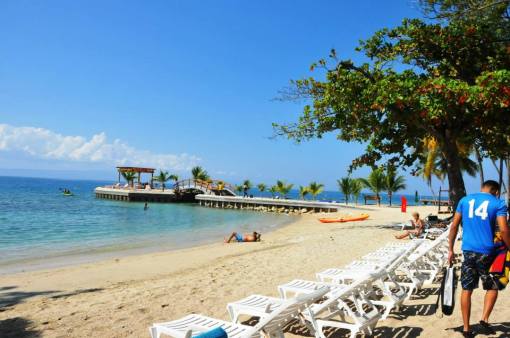 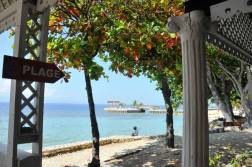 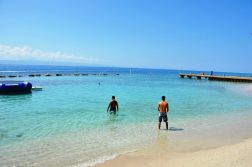 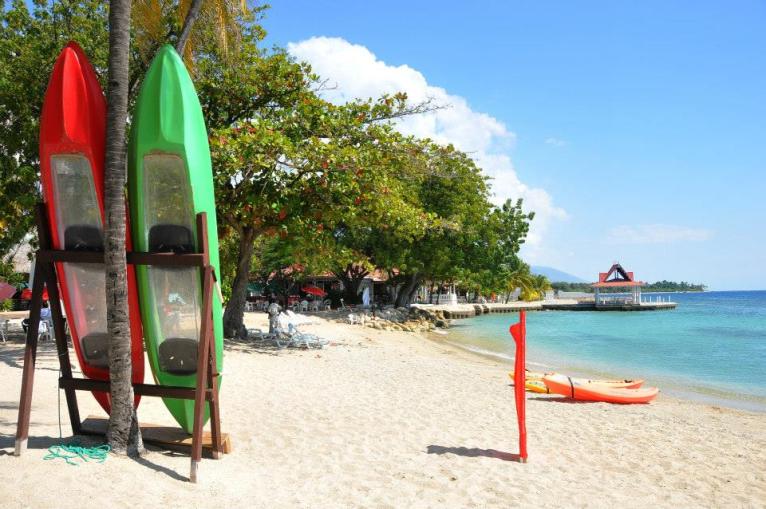 Me?  I was content to just sit in the shade, and look up at the sky and the trees and enjoy the warmth … 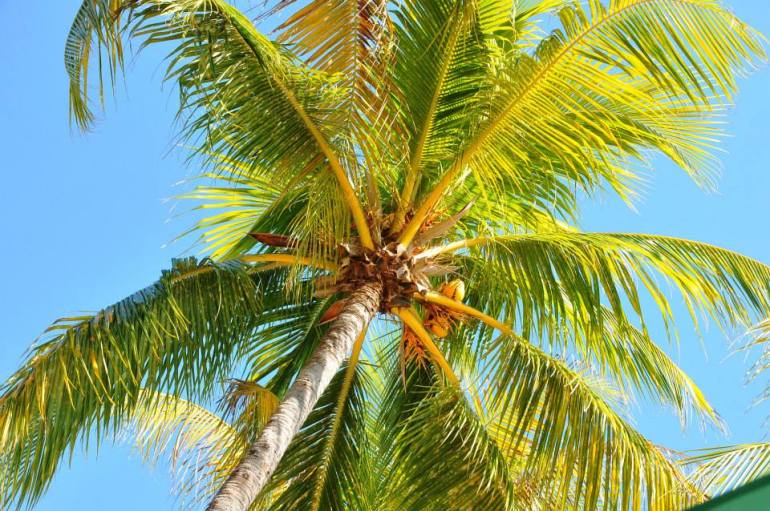