This summer was busy and a little stressful. Unexpected and planned trips has wiped out the budget. It’s the last year of high school – and no, I am not ready for that. Totally unprepared for this new chapter coming up. And as I said before, I want to jump off the spinning wheel, but I know I won’t be able to catch up again.

Apart from taking photos at games, I haven’t spent much time taking pictures just to take pictures or practice something or other. I take hurried pictures, in between the soccer games.

That’s what I see, now that I’m going through the summer pics. A lot of pics taken from the car as we speed by. A quick shot here to the left and to the right, as we walk. I should be getting good at that, right? lol

So here’s the beginning of a series of posts and pics – late posts, but better late than never – of the summer that sped by.

I took this quick shot of Tin as he walked towards me.  It was only later than I saw the trees in the background, all standing straight in a row behind him. 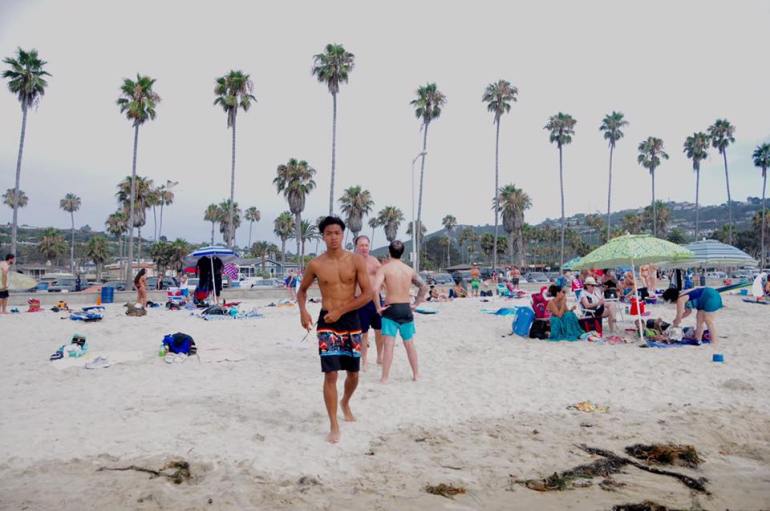 And where there’s a beach, there’s a few minutes to spare to just sit there and relax.  This was taken between the morning and afternoon games.

Where was I?  Sitting on my mandala wrap.  I was going to take out my knitting, but there was no shade and it was too hot.  Maybe next time.

There wasn’t much time to sit there anyway.  We were packing up for the next game within the hour.  *sigh*