As expected, wifi and Internet connection here in Goma is spotty and when connected, slow.

With only five or six channels on television available to watch, and quickly tiring of listening to endless loops of news on Al-Jazeera and France24, it occurred to me that I can listen to audiobooks while catching up on knitting and crochet projects.

I had been listening on the phone , but decided to use the iPad and leave the phone for texts and phone calls   Of course, I had not thought to download the current book before I left the U.S.

On starting the download of 24 hours of listening at 5 mb a minute, I guesstimated that it would take the same 24 hours to download the book … 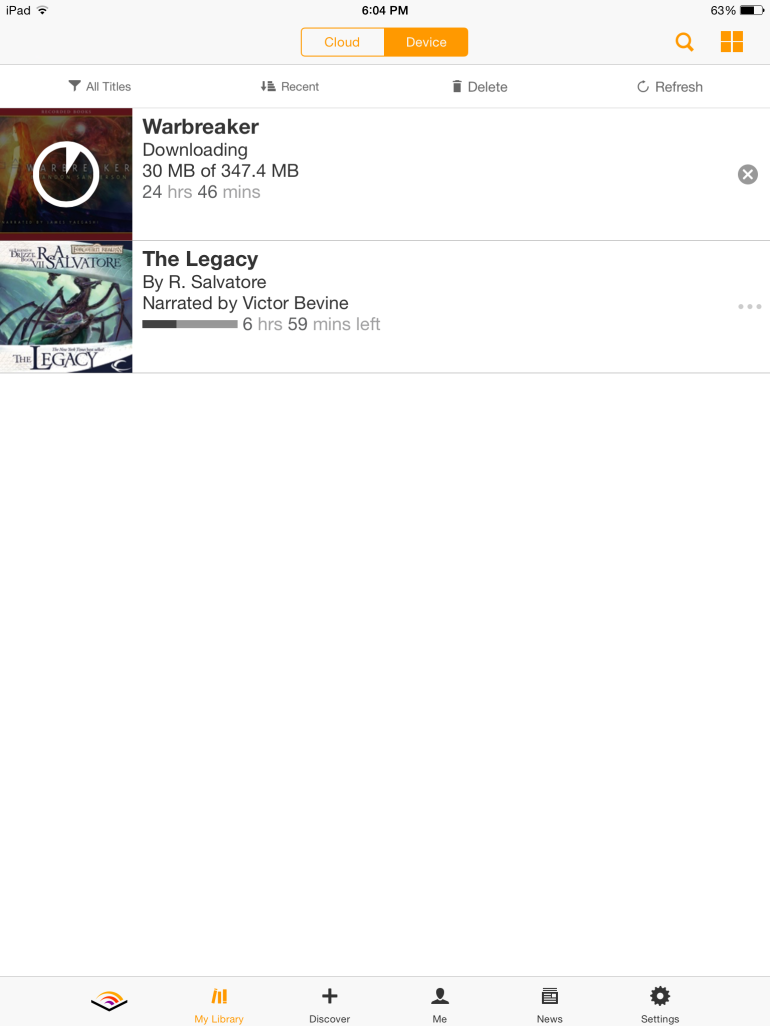 Edit
Two days later, this is where the download has reached …. 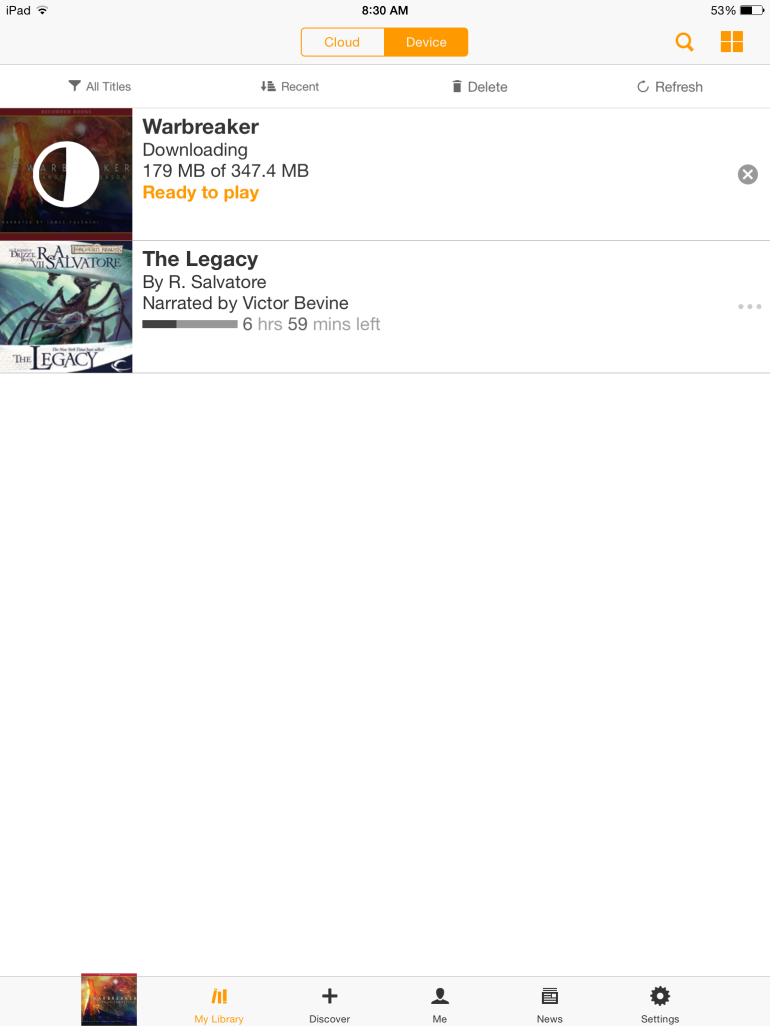 Edit
So, when the iPad goes into sleep/safe mode, the download stops too … Or when I get out of range of wifi connectivity, and it doesn’t connect back to another network ….

*sigh* I might as well continue listening on the phone … And start downloading another book instead ….