I thought to get some inspiration from the surroundings for the doodles and tangles, but quickly put pen and paper away. Nothing was coming to mind.  I went out on the beach instead and came up with this. 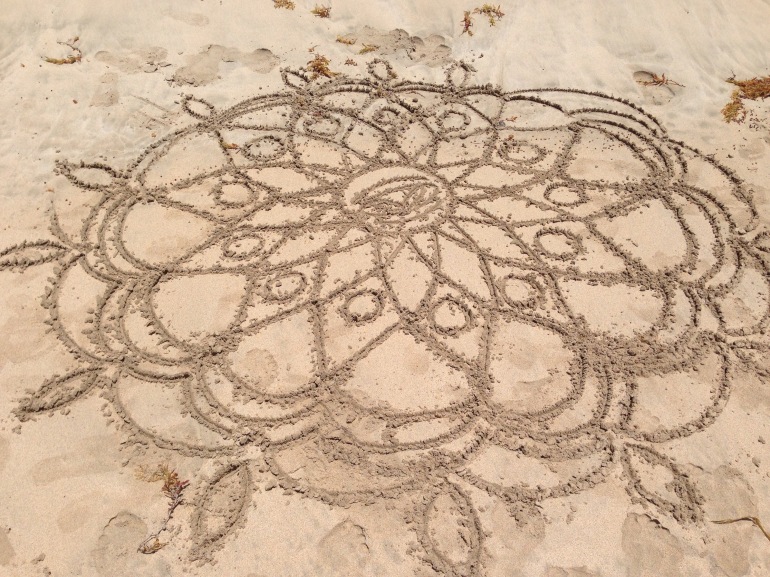 As I finished and went to get the camera, the waves came and washed out the top part of the drawing.  I tried to recreate it, but then got confused, so I just left it the way it was. I can recreate it on pen and paper instead (I think).  Looks similar to the Tile 2, so it shouldn’t be too hard.

I tried to draw another one the next day, but the inspiration wasn’t there again.  Besides, my footprints kept getting in the way, and when I tried to smooth out the sand, it looked like smudges instead 😦   So that was the end of that. 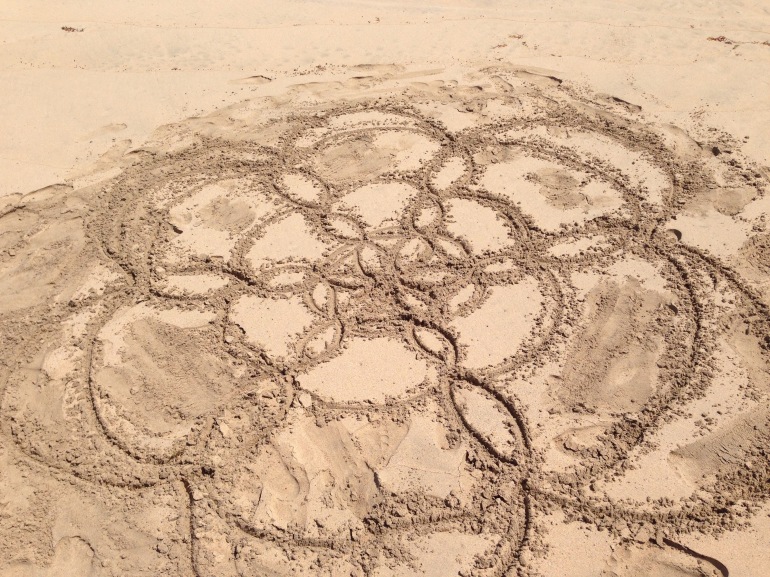 Hopefully on my next beach trip I can come up with something more.