During one of our meetings in the DRC, I drew a border around boxes and paragraphs to highlight the content.  As the meeting progressed, I kept drawing lines around it, and then eventually criss-crossed with more lines … and more lines … The colleague next to me liked it and asked me to sign it.  I told him I had better drawings for him to keep, and not scribbles on the agenda sheet lol

Two days later, this is what the finished piece looked like.  Pressed for time then, I didn’t work on the shading too much.  I see little things now that I could have worked on some more, or shaded to make darker for contrast, but it’s done.  The recipient liked it – of course, an original signed piece from me! lol – but if he liked it, then it was good enough. 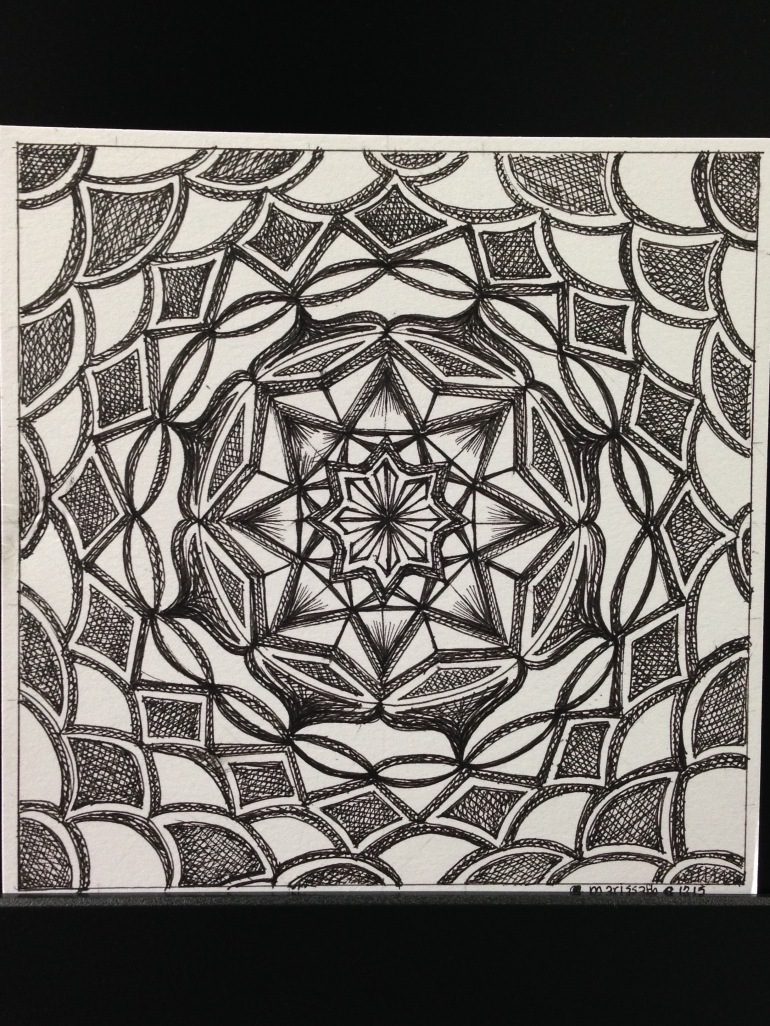 And then … he said that he actually liked one of my other half-finished pieces, and if he could have that too … Why didn’t he say that from the beginning?  lol  So another rush drawing overnight, to finish just in time for our last morning in Goma.

I thought I had taken a progress pic, but I can’t find it now.  But here’s the finished piece, after I added four more rounds and a little shading. 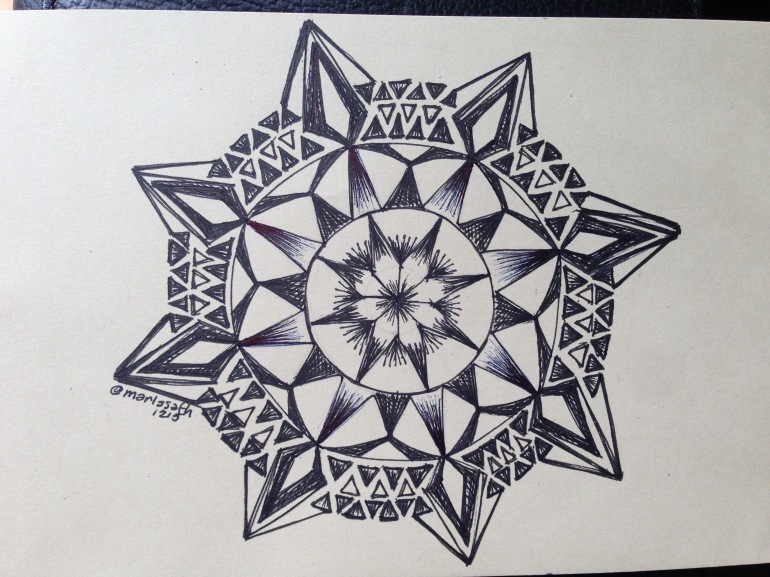 What did I learn from these rush drawings?   That my mind isn’t free-flowing enough yet, and it still looks for the structure and symmetry under pressure, instead of just letting go and never mind what comes out on paper.  I didn’t have any designs in mind when I started, anyway, so maybe that’s why I couldn’t think of what to do next when trying to finish it.

How do you come up with your doodles?  Do you have something in mind when you start?  Or do you just put pen to paper and start?

So that will be the doodling goal for the year … free up the mind and just draw.